The New Wave of Asian Cuisine 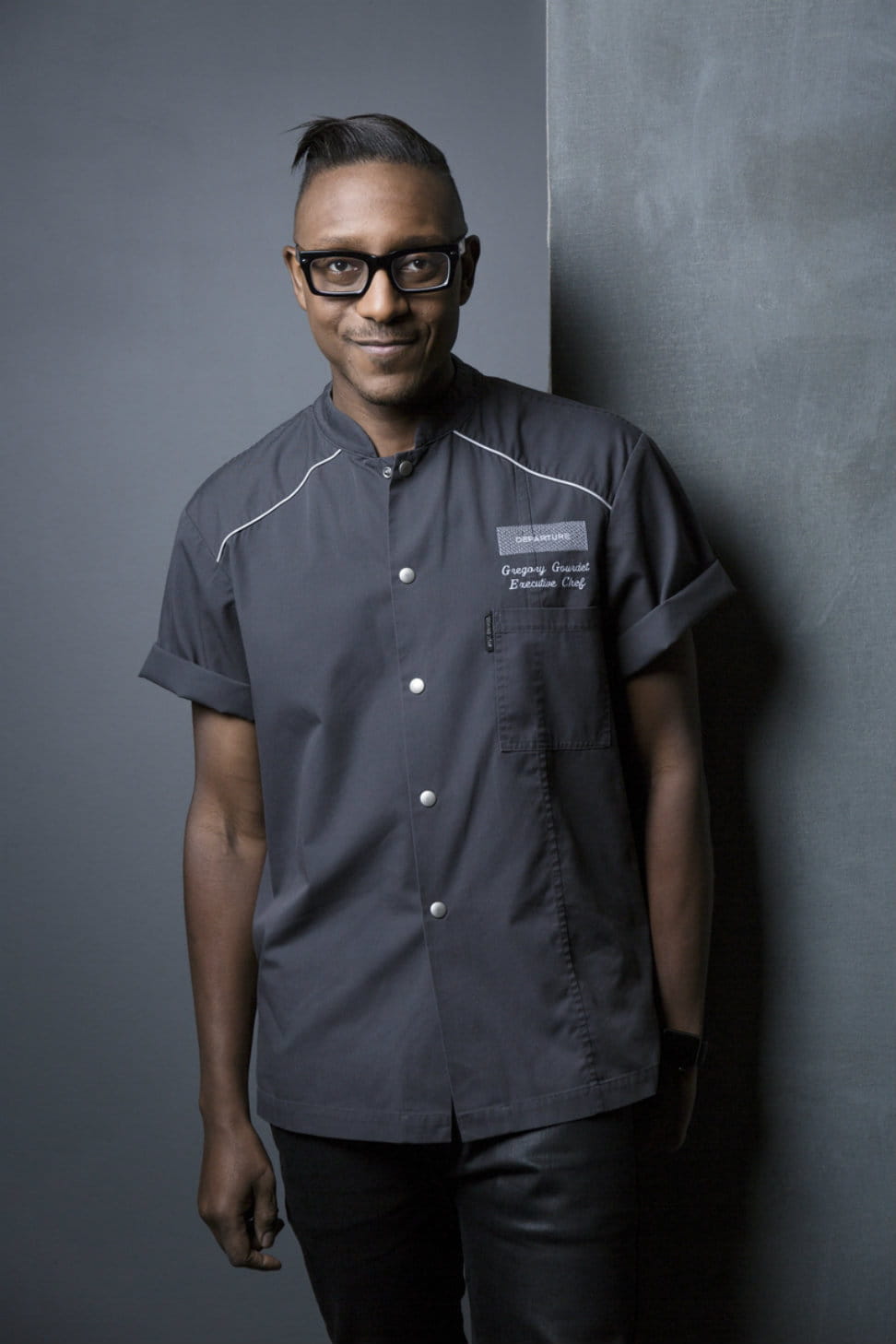 You're signature cooking style as been recognized on a global scale as Pan-Asian with a modern twist.  Explain the inspiration behind your signature style.

I am inspired by Asian in its entirety; the countries, the flavors and their cooking techniques.  When I stared my culinary career at Jean-Georges, we always used many Asian ingredients as Chef Jean-Georges had spent part of his early career in Asia.  My very first Chef de Cuisine job was at a modern Chinese restaurant so Asian flavors have also been a significant part of my entire career.  Now with being at Departure, it's a Pan-Asian concept so we try to learn about and respect all of the countries that inspire us.

With Asian-inspired cuisine becoming more prevalent throughout the industry, where do you find flavor inspiration to elevate your dishes and make them stand out amongst the crowd?  Define your flavor process.

I annually travel to Asia to experience flavors firsthand, eating as much as possible, spending time in kitchens, learning from hosts and keeping open communication throughout the year about products and ingredients.  I tend to look backward more than forward as I want to learn the classics and be inspired by past iconic dishes of all these amazing countries.

What's your technique for incorporation Asian flavors into your gluten-free and vegan dishes?  Are there any specific challenges in terms of ingredients, that you face when developing these new dishes?

Some things work, some things don't.  I don't believe in straying from original textures or flavors too much.

For example, I don't make gluten-free dim sum as I don't see the point.  The textures of classic dumplings and buns are near to impossible to replicate without wheat flour and starch, even though some didn't call for gluten-based flours as we made them.

We also tasted quite a few vegan fish sauces before we were directed to the one we currently use, which is made from fermented soybeans and has a great umami rich taste.  It works great in plant-based recipes.

Some switches are easy.  For example, using gluten-free tamari instead of soy sauce or coconut milk instead of cream, which is great for making recipes dairy-free.

Of all the inspiring cultures, I'm most drawn to the bold, dynamic flavors of Thai.  This cuisine is the most complex to execute well because it has so many explosive ingredients working together to find balance and harmony.  I don't believe I have a signature dish as I like to evolve and change, both seasonally and annually, but a combination of fish sauce, lime juice, chilies and garlic is often my starting point.

Which new Asian-inspired flavors and ingredients can we expect to see making their way to the center of plate?

Liquid Shio Koji!  It adds great umami, is cleaner in flavor than white soy or fish sauce and it's great for lighter preparations like herb sauces.

Also, garden-grown ingredients.  We have 13 garden beds on our building's roofs and have been growing various Asian produce including; bok choy, shiso, radishes, garlic, dill, lettuces, celtuce and Thai basil.

What's an example of a great Asian-fusion pairing and what makes it great?

While I try not to fuse different cultures together, I do enjoy showcasing local, seasonal ingredients with Asian preparations.  We are currently working on a salad for late summer that features the classic pairing of sweet corn and ripe tomatoes.  Both ingredients pair well with coconut milk so we created a coconut milk dressing with lime juice, lime leaves, spicy chilies, sharp, raw garlic and the roundness from coconut sugar.  It's an unexpected way to showcase the season.