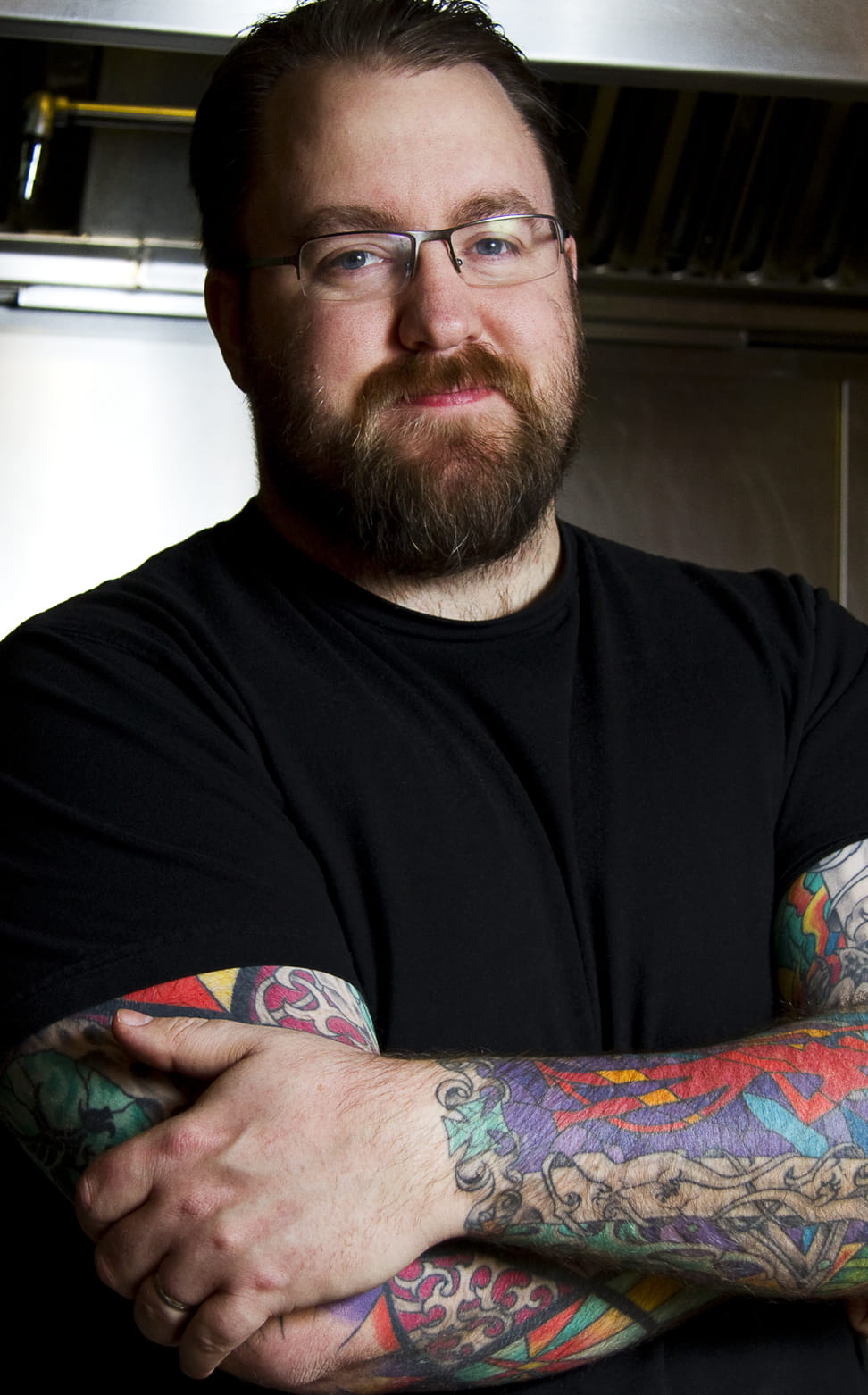 You've established some of Vancouver's top restaurants - Campagnolo, Campagnolo Roma, Campagnolo Upstairs and Refuel Restaurant and Bar - all of which have their own unique concept. Describe your process for developing a new restaurant concept and the elements that must be considered.

When it comes to restaurant development, it’s not an easy process. First and foremost, you must be passionate about the style of food you want to produce. If you don’t have passion, your restaurant concept will not take off because it won’t resonate with your customers. Now, take that passion and add it onto the idea of what you think customers want, setting them each at 50%. Using this equation determine where your new idea lands within it. The best way to answer this equation is to open up the conversation to your development partners.

Next, market research. Find out, if there are similar concepts aligned with what you would like to do and where they sit within the target market. Follow this up by looking into the demographic they’re attracting, their ingredient selection and which type of food and wine programs are being executed. Now, figure out what you think could work even better and refine it based on your market research. Once you have the basics down, it’s all about refining your concept over and over again until it’s concise and easily understood by the public.

Where do you draw inspiration from for new restaurant ventures and how do you continue to find inspiration and evolve your restaurants now that you have several under your apron?

I'm a very creatively-minded chef so I’m normally able to find my inspiration from literally anywhere and everywhere; the environment I’m in, the people I meet, the cities I visit, things I might see in a movie or magazine. If you only try to come up with the next “big thing,” it won’t work. It has to come from a genuine place and what you surround yourself with. There’s no formula to it, you just either catch it or you don’t.

For example, when I opened Campagnolo it all started with research. I knew the basics of Italian cuisine but I didn’t understand it as well as someone who grew up in that area. I took the time to speak with multiple people, dine in relatable locations and find out how I could adapt an Italian restaurant concept to the Vancouver food scene. We didn’t want to try to be an authentic Italian restaurant in Canada. That would be like an Italian trying to be an authentic Canadian restauranteur in Italy. So we took the idea of farm-to-table and went from there, emulating cooking styles and dishes with Italian inspiration; that’s how it all started.

You've been recognized nationwide as a chef committed to using local and sustainable ingredients. Explain the impact that the choice of flavors and ingredients can have on a new restaurant concept and any challenges that may occur.

It's very simple and boils down to one thing:  FLAVOR. I’ve been cooking for 25 years now and what makes a dish great is having flavor resonate with the person who is eating it. The way of getting the best flavor out of that dish is having the food you make it with be as close to the restaurant as possible because it needs to be at its freshest. If every raw ingredient you bring in is as fresh as it can be, it’s easy.

I've never been a trend follower, not even in the food I create. My team and I try to be ahead of the curve of what is considered to be “trendy” or “popular.” People in the past have always done it better so we emulate our own past as we look toward the future.

Personally, I like to look back at recipes that my grandfather had created and talk through them with my father to ultimately use their line of thinking. In utilizing their old, forgotten techniques it has helped us to best showcase the flavors of foods.

For example, with our charcuterie program, we just simply wanted to make sure that we had the best tasting pork all year long. We’d find the meat in its peak season at a local Vancouver farm where you could only buy the whole animal at once, not in separate cuts. Looking back again on my grandfather’s recipes, my father said that he’d slaughter a pig every fall and that would get them through the whole winter. I then used that same line of thinking with the full pig we’d attained and we would then make ham, bacon, pancetta, etc. The rest would be cured and preserved as best as possible. It was utilizing those old techniques that ended up best showcasing the flavor of the pork while supporting a small farmer and being able to teach our cooks something new that they might not have seen before.

You're credited as mentoring emerging chefs countrywide. What advice would you give chefs looking to open their own restaurant? Share you recipe for success.

I'd tell them that the biggest difference between being a chef and a restaurateur is knowing the business both in and out of the kitchen. You have to be an unbelievable manager not just for the back of house but the front of the house as well.

Also, make sure you know the ins and outs of every penny every day as it takes much longer and is much more expensive to open and run a restaurant than you might think.