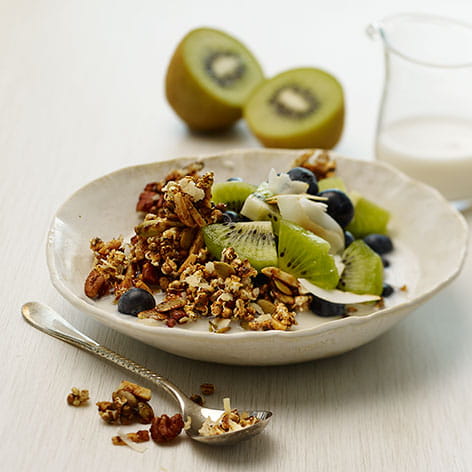 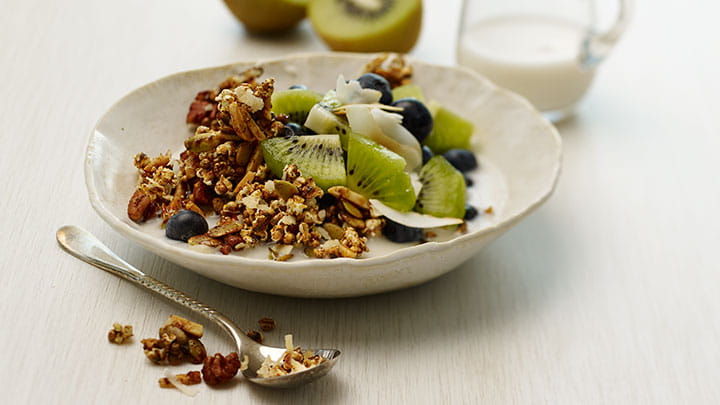 By Flavor Forecast
McCormick & Co. | Hunt Valley, MD
https://www.mccormick.com/flavor-forecast
Share this on:
it's a test

Sweetened with agave nectar, vanilla, and warm spices like cinnamon, cardamom and turmeric, this homemade granola is the new way to fuel your day. Nutty, with a slightly chewy texture, sorghum is a gluten-free ancient grain that pops (just like popcorn!) when heated on the stovetop. Add almonds, pecans and shredded coconut to round out this crunchy breakfast treat.

Sorghum is a gluten-free ancient whole grain with a hearty texture and mild flavor. It can be popped like popcorn or used in pilafs, salads, or anywhere else whole grains are called for. Sorghum can be found in natural foods stores, the organic section of the supermarket, or online specialty stores. Serve granola in bowl with almond milk or yogurt topped with fresh fruit, such as blueberries, raspberries, mango, or kiwi. 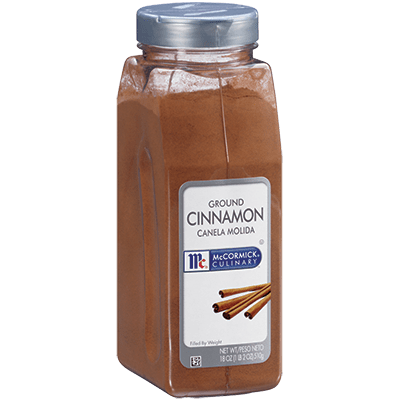 What's Trending at Our Table