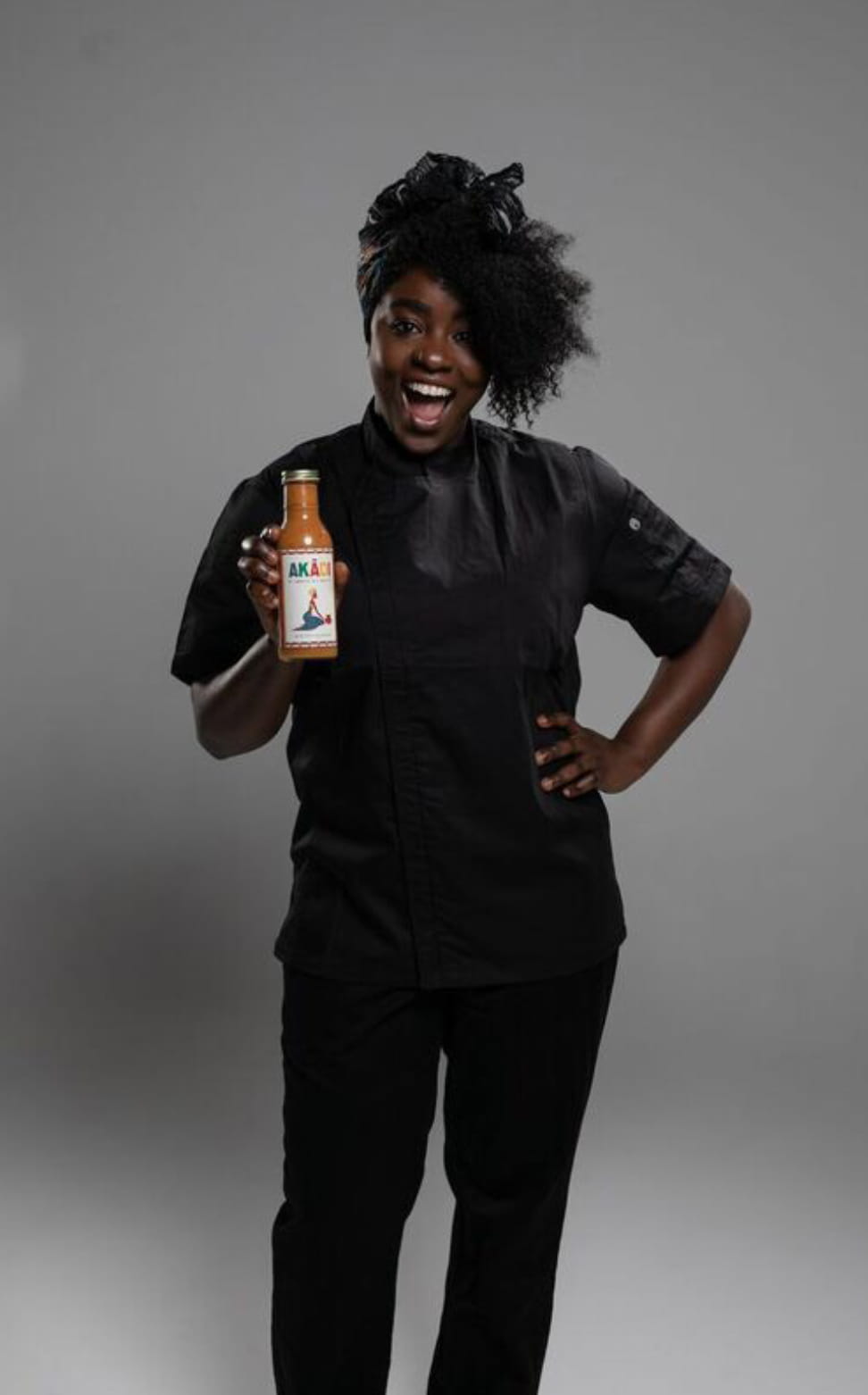 What is your first memory of food back in Bouake, Cote D'Ivoire?

My mom had wanted me to learn how to cook from my grandmother so they brought me into the kitchen when I was 8. I didn't want to do it and she was like, "you're going to have to learn, it's tradition!" She then taught me how to make spices from scratch using the mortar, roasting the spices and blending them in the mortar. I remember it being so heavy.

When did you first come to the United States and what impact did that have on how you ate and, eventually, how you cooked?

I moved to the United States in 2010 to finish my schooling. There hadn't been school back home because of a war on the Ivory Coast. So, my dad decided that I needed to find another place to finish my studies because I'd been out of school for almost three years at that point. Nothing really prepared me for the difference in culture once I moved here. It was really difficult in the beginning because I'd never left the Ivory Coast before and was always able to eat my traditional food. I never knew I was going to come to a place where it would be so hard to find those foods. I had to learn how to make everything from scratch to keep with my family traditions.

Our main dish on the coast is cassava couscous, and it's fermented. The fermentation process there is about one day because it's usually 110 degrees with 100% humidity. Whereas, in Portland, with the difference in weather, the first time I tried to make this, it was a disaster because it wasn't fermenting. I called my mom and she was like, "of course it's not. You're probably going to need like 3 months." She was almost right, it took me 3 weeks because I didn't know where to keep it.  I kept it outside and it spoiled so it took me a few trials to make it from scratch.

Now, I'm lucky enough to have an actual African market that has opened up here and imports ingredients to make our cassava couscous. I also go to the Asian market because the food is very similar. On the Ivory Coast, we eat a lot of seafood so I try to go the Asian Market to find the seafood I need. The difficult part is that I know the fish names in my traditional language so for me to actually buy them, I have to know the names in French and translating from my language to French is really hard. Sometimes I have to eyeball it, take a picture, send it to mom on Skype and see if she recognizes it. She'll then find the French name so I can find the name in English. So it’s taken some time to really adjust and put down my roots.

How does being in Portland influence your West African cuisine, if at all?

It really challenged me to learn to make food with whatever ingredients I can actually find here. The next challenge was being able to transform them into the same textures or flavors that I was looking for or was used to eating back home. That meant creating my own spices, going back to what I was taught and trying to figure out how to make it this way or find farmer's markets that can sell me particular ingredients. If they can, I just buy them in large quantities and blend them. This definitely challenges me to think outside the box and to make things from scratch when necessary.

Describe the role flavor spices and seasonings play in your dishes. How would they differ from those used in the home cooking you enjoyed in Bouake and beyond?

A lot! Everything is about the seasonings in every country. We're not blessed like East Africa who has curry, cumin and other amazing spices. We do not have that in the Ivory Coast because we're not colonized by the British or English who were able to bring those from India. We cooked mostly with things like Dijon Mustard and, traditionally, we will smoke vegetables, smoke anything really. We smoke onions, tomatoes, carrots; any vegetable you can think of. We then blend it with salt and other seasonings like locust beans.

What are some of the challenges in serving this kind of cuisine in an already saturated culinary scene like Portland?

The good thing about Portland is that people are very welcoming to different flavors and that's what pushed me to open the restaurant here specifically. People might think it is not diverse in terms of population but most of my clients are people who want to try African food. You will not find Africans going to African restaurants because we already know how to cook our type of food.

The challenge is just finding the spices. There are so many dishes I'd like to put on the menu but I can't because I can't locate the spices here or import them to the United States.

How do you balance the cultural vision behind Akadi’s menu with the American tastes of your patrons?

What I've learned is that if you stay true to what you know, people will be willing to give you a try. Of course, I'm not in this business to satisfy everyone so I decided to not Americanize -anything-. It's going to stay traditional and you're going to eat it or you're going to hate it but I think a true food lover will appreciate the flavors.

What is your signature dish?

It would definitely be goat and acheke. Acheke is a fermented cassava couscous and it’s the national dish of the Ivory Coast.

What can we see coming to the center-of-the-plate at Akadi in the future?

Jollof rice! It's fried rice that the whole population of Africa cooks, but everyone cooks it differently. The original jollof rice comes from a French-speaking side of West Africa. They take the fish that remains after they sell all the good fish, like the head and tail, and they create a dish out of it with fried rice, leftover vegetables and seafood. They then cook it in tomato stew and it's very savory with a lot of flavors. On the side, you'll have fish balls, caramelized onions and sour spinach made with turmeric paste.