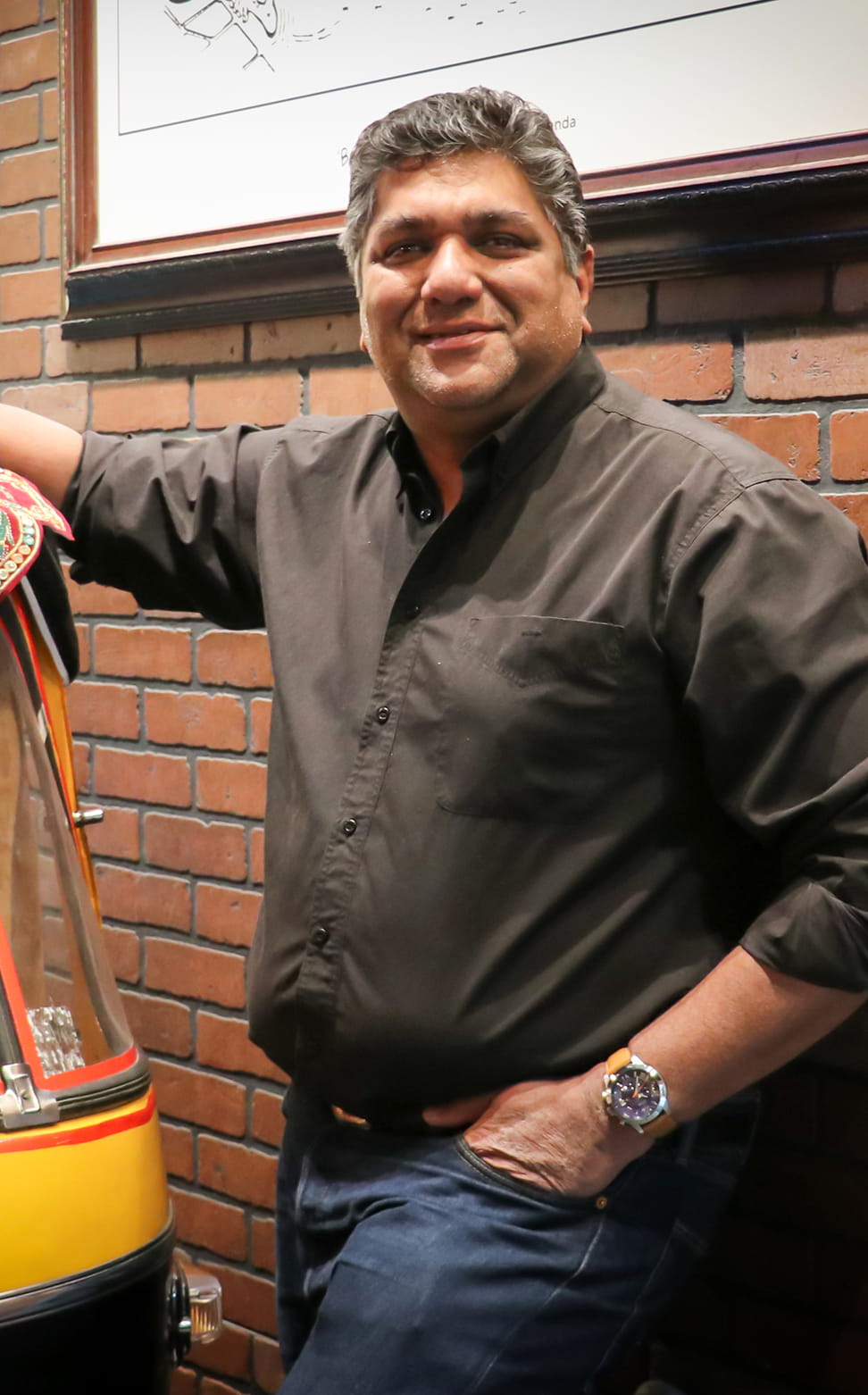 Urban Turban has been recognized globally for its new age Indian cuisine, explain the inspiration behind this style of restaurant.

The principle inspiration comes from my wife and I, both of us were given opportunities in New Zealand to open a restaurant. We wanted to do something modern and inspired by street food, all based on the city of Mumbai where we grew up. The inspiration, and reason, for picking street food was this large open kitchen in India we found which always had the freshest, cleanest street food, all cooked right in front of you. We wanted to bring that flavor, feeling and ambience but in a more Western environment and without the challenge of working in a traditional Indian restaurant. Our Indian cuisine is non-traditional, extremely healthy, easy to eat and, most of all, it’s quick.

From street style inspired small plates to fine dining dishes, describe how you find a flavorful balance for each style of dish while delivering authentic Indian cuisine.

For example, I'm developing a fish fillet with Indian spices and herbs which will be presented like a European fine dining, single-serve meal. For the street food, I am developing a chicken tikka hot dog, the first of its kind, getting that chicken tikka flavor into a normal American hot dog.

We're working to combine our foods, flavors and American palates without having the mess of the traditional curry concept or perception.

Which cooking techniques, ingredients, herbs and spices are you incorporating into your dishes to elevate their Mumbai flair?

Our traditional herbs and spices largely come from old recipe books with turmeric as our primary base. We utilize garam masala which is a combination of herbs and spices, blended together into a darkish brown powder.

We use these old techniques which haven't changed, and likely never will, but blend them with international Italian and a little bit of Chinese cuisine. From there, we come up with recipes that are unique.

I'll always refer back to what's happening in Mumbai, their heavily underrated cuisine and their approach to Indian cuisine.

What are the biggest flavor challenges that you have experienced while introducing Indian cuisine to the Las Vegas food scene and how were you able to overcome them?

Las Vegas' cuisine market is largely dominated by Italian, Siamese and Thai cuisines; these are the three largest markets. Indian cuisine's representation in the marketplace has a lack of choices compared to what you find in Canada, New York or San Francisco so the biggest challenge I had was to educate people.

For the first 2 years, everything we did was so new to the community. If our concept had opened in New York or London, that demographic would have immediately understood the concept and tried it out, coming back second, third, fourth times. We’re the first here in Vegas to get this new age cuisine going which can be a slow process at times but we have media and PR help along with our program with my executive chef and I involving cooking classes, both online and in-store.

Which new flavors and ingredients can we expect to see making their way onto your menu?

We have a summer and fall launch of sauces, some of which are steak and BBQ seasoning. These are a mix between a traditional Indian masala and the classic American spices that are used for seasoning at BBQs. Our hot dog features will be a summer launch as well. In the fall, we want to do our winter style sauces which are very healthy and corn-based.