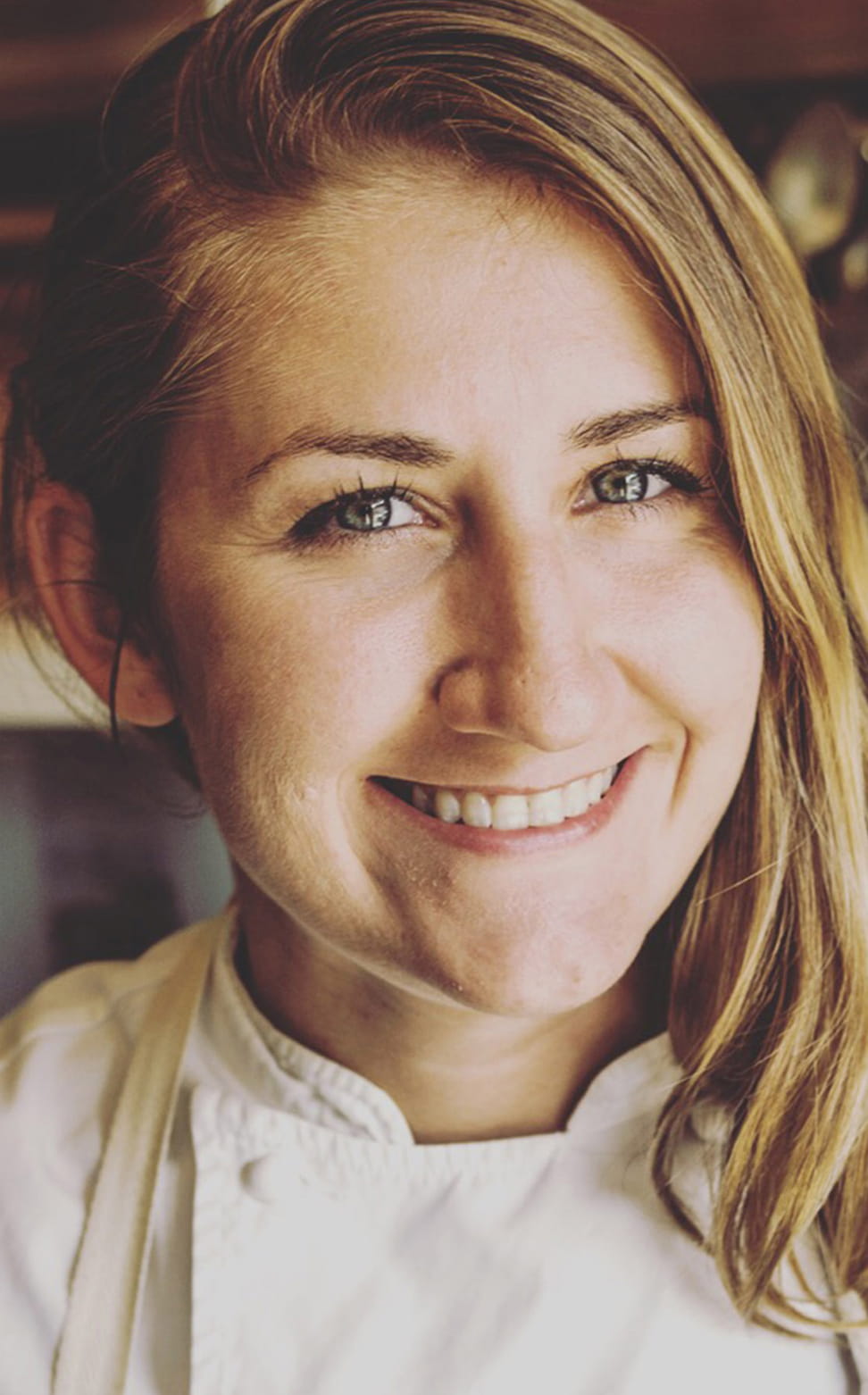 Your latest culinary venture, Coutelier Nola focuses on supporting and promoting the multi-generation blacksmiths of Japan who hand-forge professional cutlery for the culinary community. Describe the inspiration behind this initiative?

My partner and I came from a chef background so we've always valued the quality of our tools, the knives we work with. We think of a knife as an extension of our hands as it represents all of your work and the quality of it. We had become enamored with the Japanese culture and their diligence in any craft they pursue. I believe in supporting these multi-generational blacksmiths.

Like most modern day-old world crafts, you see a lot of dying of culture. Since we're not far removed from the Meiji Revolution, which was kind of our civil war time, when most of the sword-making was eradicated and they didn't really know what to do after that. They're still trying to figure out what the next ventures would be for these blacksmiths.

That's kind of the idea for us and what our inspiration was, besides just wanting to bring a higher quality tool to the markets and our peers. We want to help support this craft, which is in danger of losing itself, while making sure we're facilitating and fostering the mentality of saving a very old-world craft.

Share with us why you believe proper knife care and maintenance is essential to a chef’s craft.

I believe it's representative of yourself, your work and your diligence as a chef. When you take care of your tool properly, it'll last. If you leave a knife wet in the bottom of the sink, it'll rust or become compromised.

When you're sharpening your knife, taking care of your stone is just as important, keeping it flat. There are always certain aspects to paying attention to caring for tools that are as important as learning to figure out which knife you'd like; it's a lot of personal connection and processing. If you get something like a knife made by a guy who's from 4 or 10 generations of heritage, you want to make sure you're taking care of it in respect to that and their process.

Describe the impact custom Japanese knifes have on the overall flavor of a dish? Please provide examples.

In terms of flavor, I would say the less cellular structural damage to a knife and the more well-sharpened it is, the more you’ll retain the nutritional value. When you cut an onion or garlic in half with a dull knife, you're damaging cellular structure as you're cutting. What that does is bleed out onto the cutting board and then you're crying from the acids. Same with delicate herbs such as, mint or basil. If you cut these with a less than sharp knife, it's going to turn black and you lose the essential oils.

The biggest thing about Japanese sharpening is that the blades are thinner than a lot of us are used to, European steels can be very thick. Thinner blades can create more precise cuts which creates more nutritional retention in whatever it is that you're cutting.

Explain the techniques that work best with these Japanese knives? Are their specific techniques you should utilize when preparing specific ingredients and/or types of cuisines?

With all of these blades, it's very specific to the task at hand. For example, if you're trying to de-bone chicken, there's a specific knife for that. You wouldn't necessarily use a chef knife because it could be susceptible to chipping the blade.

There can be a lot of misconceptions with Japanese steel and a generalization of, "this is Japanese steel, it's lasered steel so I can cut through anything." That's not the case because everything is so task-oriented within the shapes and styles of the knives.

Depending on what you're cooking the most of, that's going to dictate which style of knife you get. For example, if you're doing a lot of vegetable chopping, you'll probably get a nakiri.Depending on how the edges are, some have more of a belly so if you're a rocker, a push cutter or draw cutter, there are specific knives that react differently to the way you cut or hold a knife.

Which knives should professional chefs have in their rolls and why?

Most of the time, you'll definitely see an 8" chef knife for everyday types of deals. People always ask, "if you had to have two knives which ones would they be." I try to steer them in the direction of a 6" petty knife, the utility style, which is smaller and easier to wheel. You'll always find that in a kit along with the chef knife, whether the knife is 7, 8 or 9 inches.

You'll also generally find some type of slicer, usually around 9-10 inches. A bread knife is another common one, along with a boning knife, very specific for de-boning or fileting. There will also always be a nice pair of kitchen scissors as well, they're paramount to a kit. Then there's the honing rod. The honing rod keep's them nice and fresh in between the sharpening’s.