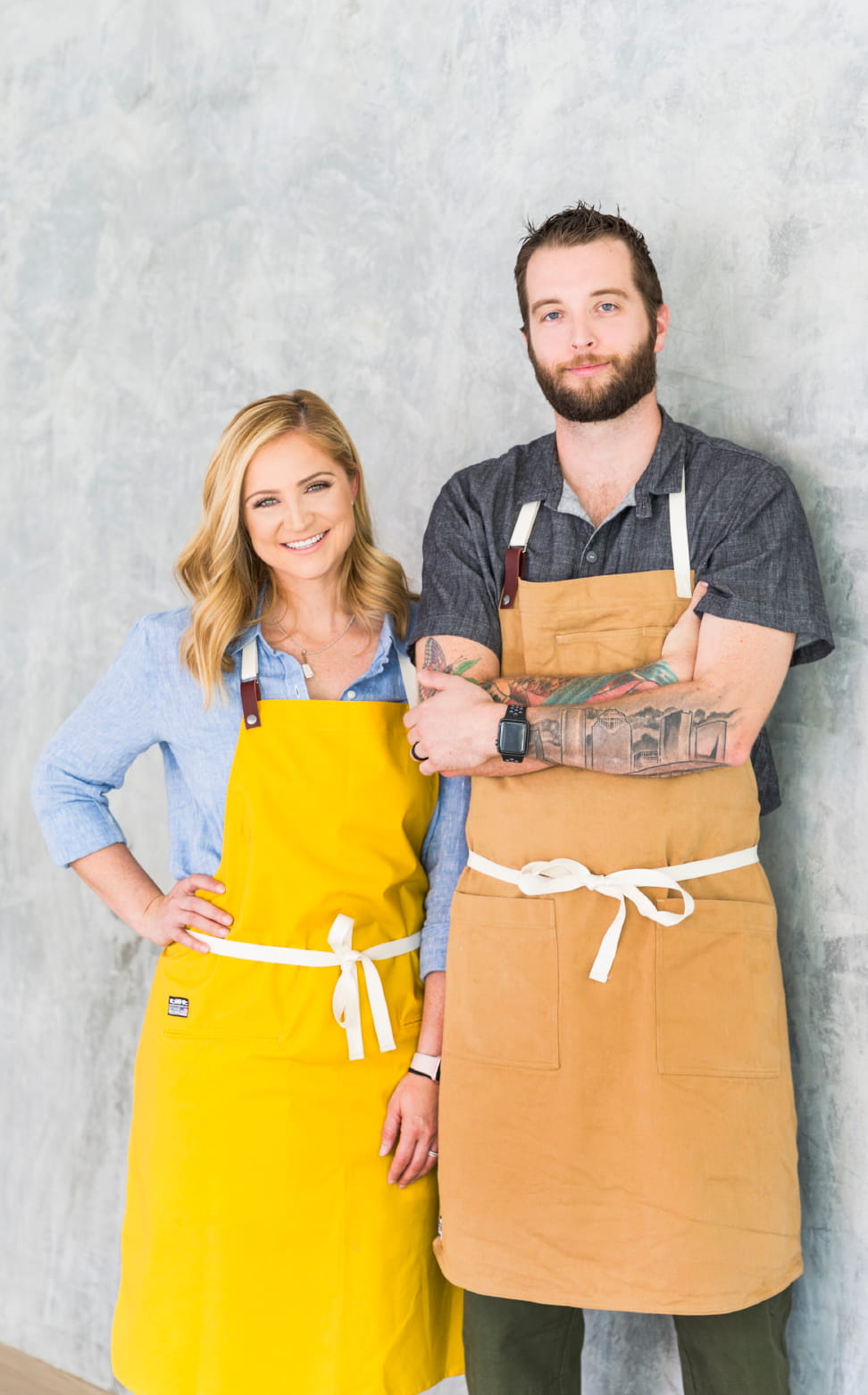 What inspired you to open this concept? Please provide some details about your operation.

We were looking for a brick and mortar operation and restaurant real estate in Houston is all over the place. This opportunity became available and when we ran the numbers, it made sense. We have this built-in audience; there are 13,000 people who work above us in these office buildings and can walk down, never having to go outside to come eat BBQ.

Business is very steady but there's also a window where everyone's eating lunch at the same time. Not everyone's going to wait in line but for about an hour and a half to two hours, we're pretty busy. There are also the people outside of that who eat lunch early, eat lunch late or just trickle in.

How does your location inspire and shape the dishes and flavors on your menu? Provide examples.

Being in a food court inspired us to approach the menu with a health-conscious mindset. We wanted people to be able to frequent our restaurant, and they do. We see customers return two-three times a week which is great. Part of the way we're able to accomplish that is because we have some lighter options. Every meal does not have to be this giant gut-punch that you need to take a nap after, it is really more balanced than that. You can get nice meats but then you're able to balance it out with a side.

On our sides menu, we have nine to ten options and most of them are light like the marinated kale salad, which is dressed an hour before service so that it's softens and is not as tough or fibrous. That's one of our most popular sides. We also have a cold macaroni salad which is good for summer because it has pickles, okra and many more delicious ingredients. There's also brussels sprouts, Moroccan-glazed carrots, and the corn salad, which is served cold.

Meat will always be the main focus but these sides are flavor-forward, seasoned well and really compliment them while holding up on their own and up to the meats.

How does your location, being in a business park, affect your approach to food and flavor?

With BBQ, our concept helps us because everything's already cooked and smoked on-site, and we do cafeteria style where you go up, order your meat, order your side and then pay. It really plays into the food court theme because we can get people through the line a lot quicker than if we were cooking to order. I feel like we have a little bit of an advantage over other vendors because I don't think that there's anyone else who can do it faster or more flavorful than we can.

Describe the role flavor ingredients like spices, herbs and seasonings play in the cuisine you create to achieve that craveable flavor?

For some unique spices, I mentioned the Moroccan carrots earlier. We use turmeric, curry powder plus region-specific seasonings and then serve with yogurt and mint. For our coleslaw, we're using Indian techniques with cumin and coriander which takes on this nice, intense flavor. It also has a yogurt base, so there is no mayonnaise or sour cream which makes it lighter yet still spicy. We also do ponzu Brussels sprouts. These sprouts are sweet 'n' spicy and tossed in a ponzu sauce that we make in-house.

There are a lot of influences from around the world but it's not necessarily intentional. We're not trying to have a global menu but when you live in Houston, it's impossible not to have a lot of those flavors be really familiar to you with the way Houston is.

At Feges BBQ, how do you ensure flavorful dishes and of top quality when preparing catering for both pick-up and delivery?

We try to do everything last second. We give them a time window for when they're picking it up or when it's being delivered and then we'll prepare the sides and meats at the very last minute. That way, the food doesn't deteriorate while sitting and waiting to be taken or eaten.

If we know someone's not eating their order right away, we try to encourage them to let us give it to them cold. We know how to cool things down properly so that the food doesn't dry out. We then give them the reheating instructions which is really important because you want to reheat low and slow. We also always follow-up with customers, especially when we know they purchased a meal that they were going to cook over the weekend. We want to make sure everything was tasty, and the feedback has always been really great.

You mentioned that you know how to cool your meats down properly. Can you provide chefs with a tip on how to do so with ease?

The key is to know when to cover things. There are certain items that you want to cover and cool-cover because you want to capture as much moisture as possible. There are also dishes you wouldn't want to cover until they're already cooled down. With brisket, for example, it's important for it to be wrapped up quickly because you want all of the moisture to stay in the brisket. Place it in a cool environment without shocking it with too much chill.

Which new flavors and ingredients can we expect to see making their way to the center-of-the-plate in the near future?

We just added a summer salad with strawberries, pickled green tomatoes, butter lettuce, cornbread croutons and a buttermilk dressing. For as long as strawberries are in season, we'll be able to make this salad delicious.

Green tomatoes are one of my favorite items to use on a menu because I think there are just so many ways you can apply them, and they make it just feel like summer, especially Southern summer, to me. All you need is a cold sweet tea to serve with it.